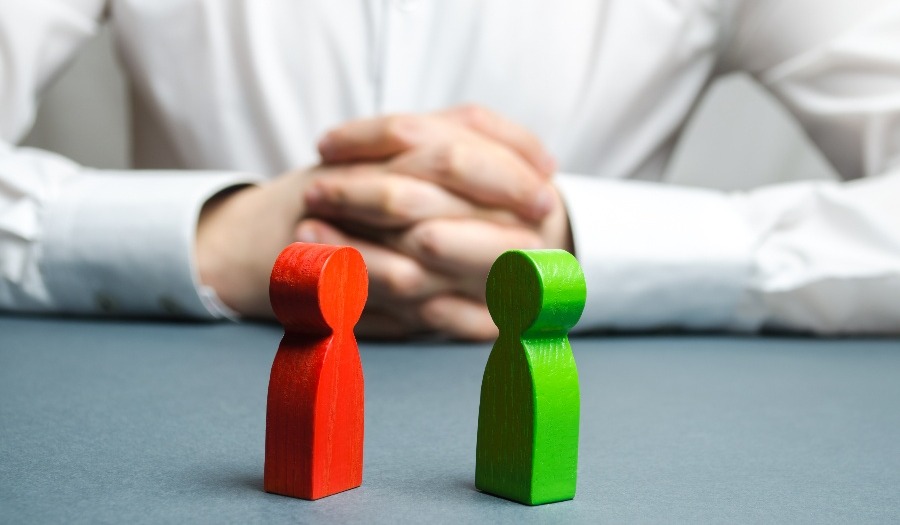 Figures published by the Ministry of Justice last year revealed that inheritance disputes had reached an all-time high with the number of contested Wills being heard at the High Court increasing by 47 per cent between 2018 and 2019. That is likely just the tip of the iceberg - how many more disputes are settled out of court or abandoned entirely because of the cost of pursuing a claim?

We recently commissioned an in-depth survey with 2,000 UK adults which explored exactly how well people understand inheritance and probate law. It revealed that the majority of people do not understand the basics, let alone how their actions while alive can unintentionally result in their loved ones having to enter into an inheritance dispute once they have passed away.

One of the most common misconceptions is who is or is not legally entitled to an inheritance – especially as more people are shunning
marriage and blended families are now the norm.

Blended, but perhaps not harmonious…

Gone are the days of the nuclear family. Today, the blended family is the fastest-growing type of household, recording an increase of three quarters over the last two decades according to the Office for National Statistics.

But our research highlighted that a blended family does not always mean a harmonious one, particularly when it comes to an inheritance.
We found that 32 per cent of parents from blended families planned to give their biological children the lion’s share of an inheritance, with a further 17 per cent admitting that their stepchildren were not included in their Will at all.

Stepfathers were revealed to be least likely to leave an inheritance to a stepchild, with almost a quarter (23 per cent) excluding them from their Will compared to 13 per cent of stepmothers.

But leaving stepchildren out of an inheritance is not always intentional. Few people truly understand the legal distinction between children
and stepchildren, and step-parents who have a Will that leave their assets to ‘my children' often do not realise that only means biological
children in law.

Couples shacking up does not always legally stack up…

A couple can live together for decades and legally not be entitled to anything when their partner dies if there is no Will.

Research by Direct Line Life Insurance found that more than a third of cohabiting couples do not understand their legal rights in the event
of their partner’s death. The research also found that statistically, cohabiting couples are less likely to have written a Will than their married
counterparts.

Last year, our own in-depth consumer research found that 84 per cent of Brits plan to leave an average inheritance of £290,000 to loved ones. But exactly how that estate gets divided and who stands to benefit is being left to chance as 45 per cent of UK adults say that they have not written a Will.

Despite this, we revealed that people have strong views on who should, and who should not gain from any legacy they leave when they die.
61 per cent of people want their children to benefit from an inheritance, while a further 43 per cent said they wanted to leave everything to their partner or spouse. A further 16 per cent want to leave a nest egg to their siblings and just 9 per cent said any legacy should be given to their grandchildren.

During the pandemic, searches for ‘make a free Will online’ increased by 600 per cent, ‘free Will template’ by 130 per cent and ‘online Will’ by 100 per cent.

While a ‘do-it-yourself’ Will may have seemed like a good way of finally getting affairs in order, any professional working in this area of law knows these types of Wills can be a minefield for the family to navigate their way through when the Testator passes away.

According to Co-operative Legal Services, poorly drafted or ineffective DIY Wills are the cause of 38,000 families each year struggling through prolonged probate.

Overall, our research highlighted that the majority of people simply do not understand the complexities of this area of law. There is also an assumption that the law will have evolved, now taking into consideration how many people are alive at a point in time. As a consequence,
the number of inheritance disputes will only continue to rise.

Tower Street Finance has launched a unique Inheritance Dispute Funding Loan to enable more people to get legal representation and
receive what is rightfully theirs. Unlike other products, the loan does not require an expensive case assessment, there are no credit checks, no charges over property, no personal liability and no monthly repayments. For more information visit our website: towerstreetfinance.co.uk

This article is featured in the autumn 2021 edition of the quarterly news digest, Entitlement. Click the image below to download your free copy of Entitlement for more informative articles.