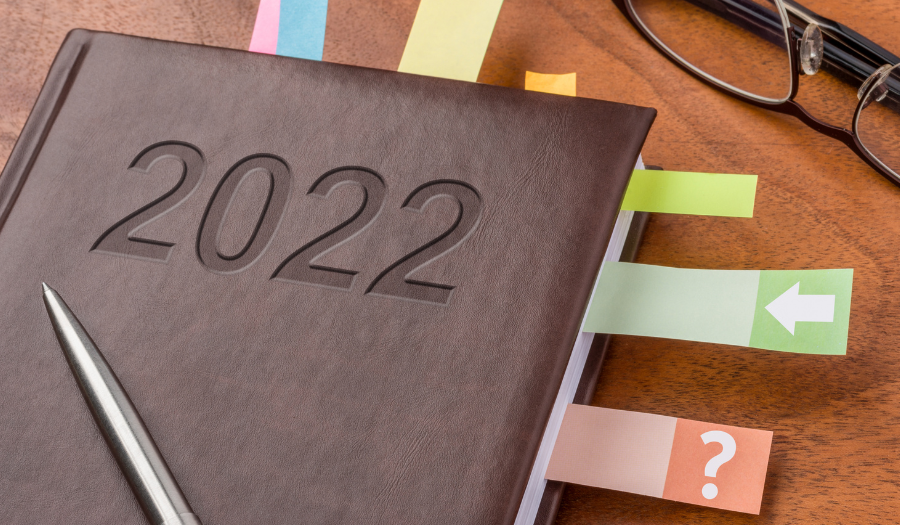 2022 has been an eventful year for many reasons; we’ve mourned the passing of Her Majesty The Queen, witnessed a war unfold in Ukraine, and the United Kingdom saw three Prime Ministers take the reins of the country. The legal industry also witnessed its fair share of news, including reform proposals, service changes, and guidance updates.

To recap 2022, let’s explore ten of the industry news stories that we’ve been following throughout the year.

The changes apply to deaths on or after 1 January 2022 and were introduced to reduce the number of IHT form submissions when applying for a Grant of Representation in England, Wales, and Scotland. It’s still a requirement from HMRC to establish the gross and net estate values; therefore, the work to obtain these figures is still mostly required – it just doesn’t need to be submitted on an IHT form.

In January, it was also announced by The Ministry of Justice (MoJ) that a single, flat fee would apply to all users of the probate service. The Non-Contentious Probate Fees (Amendment) Order 2021, which was laid before Parliament in December 2021, introduced the alignment of fees charged to professionals and non-professionals when applying for a Grant of Representation.

3. Extension of video Will witnessing

In addition, January 2022 saw the legislation laid in 2020 that allowed individuals in England and Wales to have their Wills video witnessed extended to 31 January 2024. This Wills Act 1837 amendment permits the Will witnesses to be present virtually, via platforms such as Zoom or Skype. Although the extension is due to end in January 2024, the Law Commission will consider whether these changes should become permanent.

2022 saw the emergence of the Digital Devices (Access for Next of Kin) Bill. If passed, the Bill aims to grant the Deceased’s or incapacitated person’s next of kin the right to access their digital devices, as there is currently no legislation in place. The parliamentary intervention follows a STEP campaign, which is striving for a change in the law. In 2021, STEP conducted a survey that highlighted the extent of the problem with the Microsoft-funded Cloud Legal Project at Queen Mary University of London. This year, they launched a protect your digital memories campaign to encourage the public to ensure these assets are accounted for.

However, there have been a few potential issues noted that the Digital Devices (Access for Next of Kin) Bill cannot resolve. For example, the privacy of the Deceased or incapacitated person will need to be considered before the Bill can be truly effective in its purpose. Additionally, in countries such as the United States, where privacy laws are much stricter, there are concerns about how this will be enforced.

The Bill had its first reading in Parliament on 18 January 2022, followed by its second reading on 6 May 2022, winning the support of many MPs from across the political spectrum. However, there is very limited information on the next steps of the Bill, and the UK Parliament website hasn’t been updated with any further information.

In March 2022, STEP confirmed that the Office of the Public Guardian (OPG) would no longer require an express provision for a discretionary investment management clause within a financial Lasting Power of Attorney (LPA). Due to a lack of necessary expertise, many Attorneys cannot invest their clients’ financial assets without professional investment advice.

Back in 2015, OPG guidance was amended to incorporate specific wording into an LPA if the Attorney was to use a discretionary Investment Manager to assist in managing financial assets. However, many Attorneys setting up LPAs were unaware that this clause was required and were unable to appoint an Investment Manager or replace one that was underperforming.

In scenarios where donors (the person making the LPA) had capacity, a new LPA could be executed to include this wording, but a registration fee and legal costs would need to be paid and the previous LPA revoked. On the other hand, in scenarios where the donor no longer had capacity, a Court of Protection application could be submitted to obtain retrospective authority. However, this could risk the further deterioration of the donor’s investments, as the process could take months.

March 2022 also saw the launch of a consultation to seek views on proposed changes to the MCA Code of Practice and guidance of the new Liberty Protection Safeguards (LPS) system in England and Wales. The MCA, which was implemented alongside a Code of Practice, requires updating in light of new legislation and case law, organisational and terminological changes, and developments in ways of working and good practice. Additionally, the new LPS system means that additional guidance needs to be added to the Code of Practice.

The consultation ran from 17 March to 14 July 2022. GOV.UK states that feedback is being analysed, so we expect to hear the result on this consultation in 2023.

In addition to views on youth, financial inclusion, social investment, and community wealth funds, the consultation welcomed public views on any other social or environmental causes that may benefit from the funding. At the time of the consultation, dormant asset funding in England totalled £738 million.

The consultation ran from 16 July until 9 October 2022, and we expect the outcome of this consultation to surface in the New Year.

In September 2022, the Law Commission published new proposals to reform the Arbitration Act 1996, with a goal of making the Act “as effective and responsive as possible, following recent reforms by competing jurisdictions”.

The proposals include measures to improve case efficiency, further protect Arbitrators, grant extra provisions to support court cases, and refine the challenging process involving an Arbitrator and their decisions. However, the Law Commission proposes no changes to the provisions on confidentiality and impartiality due to the law being effective and proportionate.

The consultation process is open for responses until 15 December 2022, following which the Commission is expected to publish its final recommendations in mid-2023.

September 2022 also saw the registration deadline for all express Trusts (except those registered as exempt as part of a narrow group of exclusions) onto the system by 1 September under the EU’s Fourth and Fifth Anti-Money Laundering Directives; the responsibility fell on Trustees to register through HMRC’s online portal by that date.

1 September 2022 also saw the launch of the new system for Trust data requests. Additionally, the time limit for Trustees to inform HMRC of information changes within the register was set to 90 days.

As mentioned above, there were registration exemptions. For example, a Will Trust created by a person’s Will that comes into effect on their death, providing they only hold the estate assets for up to two years after the person’s death. Additionally, a Trust for bereaved children under 18, or adults aged 18 to 25, set up under the Will (or intestacy) of a Deceased parent or the Criminal Injuries Compensation Scheme.

In August 2022, The Solicitors Regulation Authority (SRA) confirmed that, from April 2023, Solicitors without practising certificates will have to apply to remain on the Roll of Solicitors of England and Wales. Those that do not complete their annual return will lose the right to refer to themselves as a non-practising Solicitor and will not have access to the title’s associated benefits.

The SRA suggests that there will be an annual application fee of around £30-£40 to remain on the roll, as well as a small administration fee. However, the exact fee will be confirmed in due course once the final cost of reintroducing the annual exercise has been established. 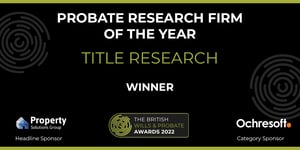